Get rid of redundant Bex queries in SAP® BW

Do you know, how many Bex queries reside in your BW system? And how many of them are actually being used? Based on our 4C™ Alert Pack for SAP® BW statistics, collected from dozens of BW systems – up to 70% of Bex queries have never been used or got out of usage long time ago. Why knowing this is so important? For a number of reasons:

With the help of 4C™ Alert Pack for SAP® BW you can easily identify the last usage of each queriy, deciding how to treat it. In example below, there is an alert, presenting the list of all Bex queries, and their last usage date. You can sort the report by the “Query Last Used Date” column, observing which queries are never being used or being used long time ago. Such queries are potential candidates for deletion. Working with dozens of BW clients, while using 4C™ Alert Pack for SAP® BW, we identify such cases, allowing to keep BW metadata in a clean state. 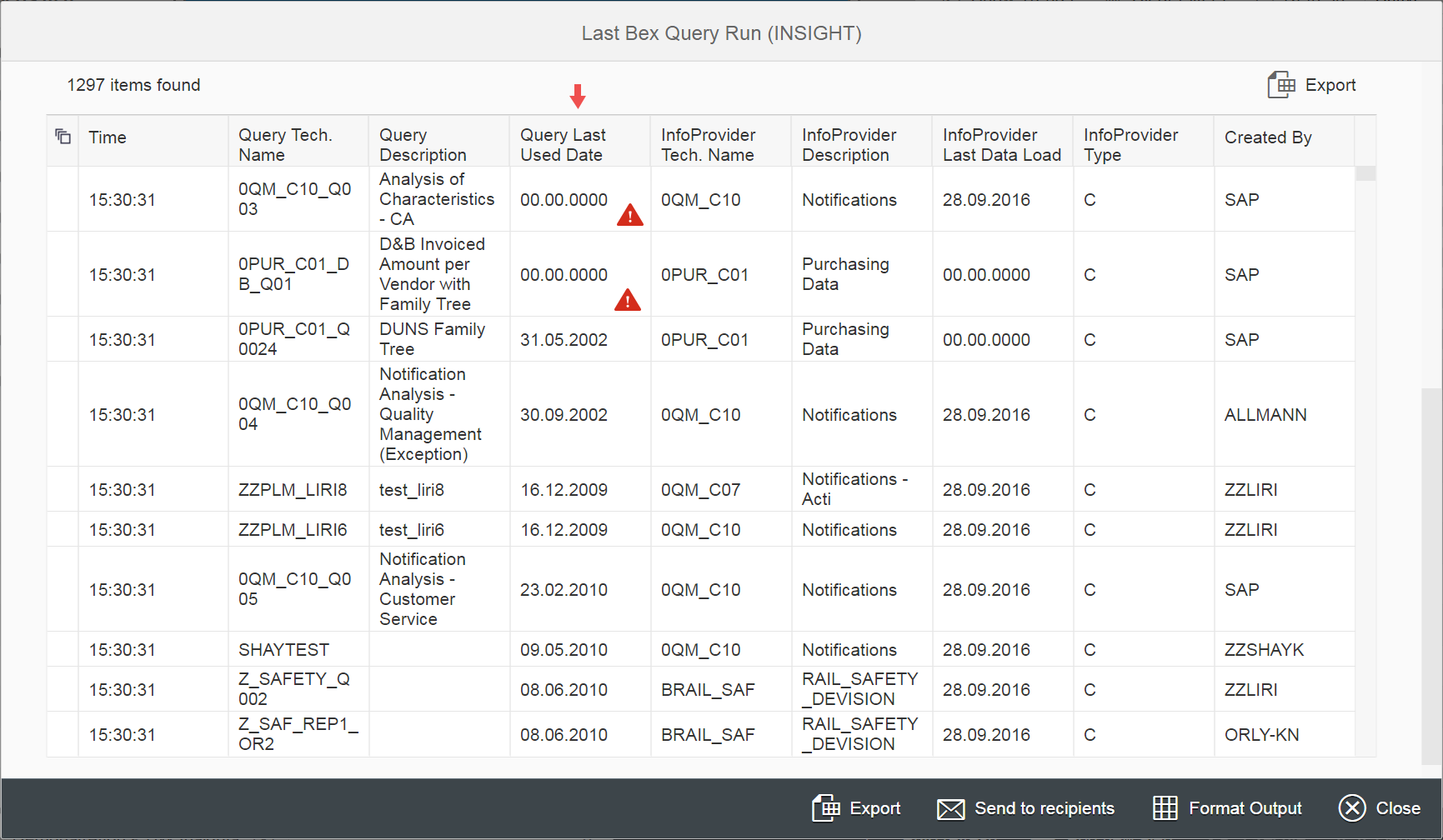 YOUR REQUEST WAS SENT.

Thanks for signing up!

This window will close in 15 sec. Close now.